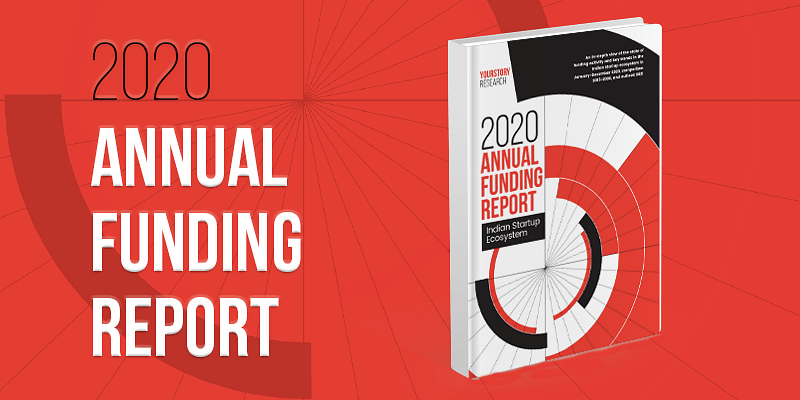 Two months into 2021, the Indian startup ecosystem has already grabbed 125 deals raising $1.5 billion in funding. As we move forward in these turbulent times and into the ‘new normal’, it is evident that startups need to take in the lessons from the past to mark our way forward.

Despite the pandemic, Indian startups continued to battle hard with resilience and empathy. According to YourStory Research, the Indian startup ecosystem came full circle in 2020, as the total funding and number of deals reaching a similar state as in 2015, a year considered the tipping point for initiating the growth of startups in India.

Indian startups raised $9.4 billion across 881 deals from around 1,476 active investors in the ecosystem. While the funding amount reduced by almost 17 percent in comparison to 2019, the number of deals received a setback of around two percent.

This indicates that although investors adopted a cautious approach, they continue to diversify their portfolio and support existing portfolio companies with small ticket-size funding and follow-on rounds.

The report shares more interesting insights. For instance, despite getting the third-highest number of deals, the amount of funding raised by the healthtech sector was $316 million. This is less than several other sectors, which secured much higher funding with fewer deals, such as foodtech (28), travel and tourism (8), and cleantech (10).

Also, for the first time in 2020, edtech made its way to the top three sectors in the period 2015-2020. As expected, a key role was played by the massive adoption of online education due to the lockdown, which boosted investors’ interest in the sector by several folds.

It is further observed that over the years, the number of deals with more than $100 million funding amount has reduced in the ecosystem.

This only indicates how cautious the investor ecosystem has become, aiming for a diversified pool of investments as well as increased willingness to test the waters in uncharted territories.

The 2020 Annual Funding Report by YourStory Research aims to highlight the growth of the Indian startup ecosystem through three phases: evolution (2015-2017), innovation (2018-2019), and democratisation (2020). While “pivot and persist” was seen as the survival strategy for many, the addition of 11 unicorns, rise in the number of tech IPOs, as well as continued momentum in the M&A landscape, was encouraging.

The report also highlights 11 key trends that defined the year 2020 for the Indian startup ecosystem. A few of these include:

The report offers an in-depth view of the state of funding activity and key trends in the Indian startup ecosystem in January-December 2020, a comparison across 2015-2020, and an outlook of what 2021 has in store for us.

From Rhetoric to Revenue: the Rebirth of Social Media as a B2B Growth Engine

Zomato has greener pastures ahead