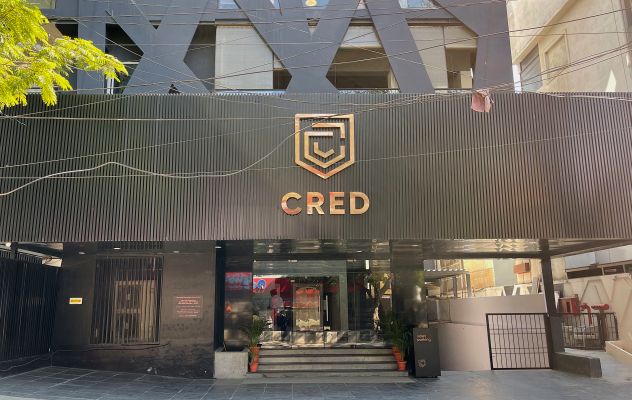 Two-year-old CRED is in advanced stages of talks to raise about $200 million at about $2 billion valuation, three sources familiar with the matter told TC. The new funding round, like this January’s Series C, will be largely financed by existing investors, the sources said, requesting anonymity as talks are private. The round is expected to close within a month, one of them said.

CRED, founded by Kunal Shah, has become one of the most talked-about startups in India, in part because of the pace at which its valuation has soared.

Backed by high-profile investors including DST Global, Sequoia Capital India, Tiger Global, Ribbit Capital, and General Catalyst, CRED was valued at $806 million when it closed its Series C round in January this year and $450 million in August 2019. (TC also scooped the Series C round of CRED.)

I think @CRED_club has probably scaled faster than any Indian startup I know. In two years they have created a category so strong that everyone has an opinion on it.

If the new deal goes through, CRED will be the fastest startup in the world’s second largest internet market to attain a $2 billion valuation. Prior to the upcoming Series D round, CRED had raised about $228 million.

The Indian startup operates an eponymous app that rewards customers for paying their credit card bills on time and offers deals from online brands such as Starbucks, Nykaa, and Vahdam Teas. It had over 5.9 million customers as of January — or about 20% of the credit card holder population in the country.

The startup, unlike most others in India, doesn’t focus on the usual TAM of India — hundreds of millions of users of the world’s second most populated nation — and instead caters to some of the most premium audiences.

“India has 57 million credit cards (vs 830 million debit cards) [that] largely serves the high-end market. The credit card industry is largely concentrated with the top 4 banks (HDFC, SBI, ICICI and Axis) controlling about 70% of the total market. This space is extremely profitable for these banks – as evident from the SBI Cards IPO,” analysts at Bank of America wrote in a recent report to clients.

“Very few starts-ups like CRED are focusing on this high-end base and [have] taken a platform-based approach (acquire customers now and look for monetization later). Credit card in India remains an aspirational product. The under penetration would likely ensure continued strong growth in coming years. Overtime, the form-factor may evolve (i.e. move from plastic card to virtual card), but the inherent demand for credit is expected to grow,” they added.

CRED says it is trying to help customers improve their financial behavior. An individual needs a credit score of at least 750 to join CRED. In a recent newsletter to customers, CRED said the median credit score of its customers was 830 and at “any given point in time” more than 375,000 individuals are on the app’s waiting list, many of whom have demonstrably improved their score to join CRED.

“It’s easy to be responsible when you’re empowered. 80% CRED Protect members got visibility on extra interest charges and avoided late payment fees by tracking their dues on CRED. Ignorance is not always bliss. CRED members detected additional charges worth over ₹145 Crores [$20.1 million] on their statements. CRED members avoided over ₹43.5 Crores [$6 million] worth of late payment fees,” it wrote in the newsletter.

“With the help of regular bill payment reminders, and a seamless credit card management experience; 160,000 CRED members improved their credit scores last month. CRED members know it pays to be good as they earned cash-back worth ₹12 Crores [$1.65 million] by paying their bills on time. There’s always something to look forward to on CRED. Our members got access to over 750 new rewards and products.”

The startup makes money by cross-selling financing products — for which it has a revenue-sharing arrangement with banks and other financial institutions — and levies a similar cut from merchants who are on the platform, Shah, who is also one of the most prolific angel investors in India, told TC in an interview in January this year.

Apple’s Chinese arm under serious threat as production may get disrupted for months because of COVID- Technology News, FP

Here’s what to expect and how to watch the launch event- Technology News, FP

How to find Wi-Fi passwords of networks you have connected to on your Android devices- Technology News, FP