The disproportionate burden of infertility placed on women is one of the largest myths that exist till date. 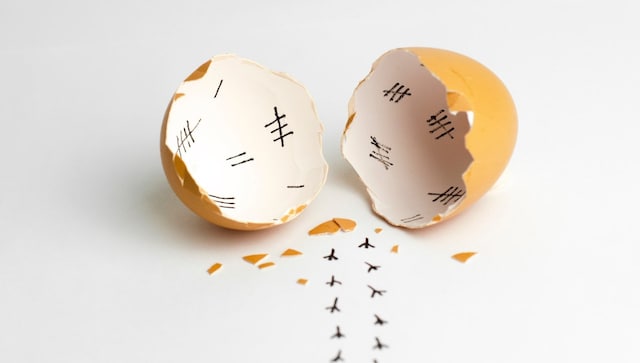 Among infertile women, about 70% of fertility issues can be traced to PCOS directly or indirectly. Image: Daniel Jerico/Unsplash

Infertility is defined as the inability to have children after trying for a year without any form of contraception. About 10-15 percent of Indian couples have been found to be infertile. Society, at large, holds women at fault when a couple is childless after marriage. This can be traced to their responsibility in the childbearing and childrearing processes – one that is historically attributed to women. When they are unable to conceive, misinformed narratives such as that of ‘witches inhabiting their bodies’ and ‘sinful acts in the past’ take centre-stage. The lack of scientific knowledge, thus, convinces people to opt for traditional and spiritual healers that endanger lives.

In early 2021, a dreadful case of “treating” female infertility was brought into limelight. A 33-year-old woman in a north Indian state was inhumanely beaten by an exorcist to rid her body of an ‘evil spirit’ which was allegedly the cause of her infertility. She later succumbed to her injuries. In another Indian state, mantra-chanting priests walked over the backs of married women who yearned to have children.

The disproportionate blame placed on women is one of the largest myths that exist till date.

It has been medically proven that the cause of infertility can be traced to underlying ailments in both men and women. Research has also helped establish the reasons for most. In men, the quality and quantity of sperm can be affected due to various factors that include conditions such as diabetes and infections (syphilis, chlamydia). In women, these can be poly-cystic ovary syndrome/disease, endometriosis, diabetes, and inadequate thyroid levels among more. Causes common to both include hormonal imbalances, improper reproductive organs and genetic defects. Therefore, compromised fertility in men can also result in a couple’s inability to have children, and the reverse is also applicable. It also means that in a heterosexual couple, defective reproductive functioning in both partners could be the underlying cause of infertility.

This information is slowly seeping through to more people, especially with more prominent women speaking about their journeys. It is noteworthy that celebrities such as Farah Khan, Diana Hayden and Mona Singh have come forth, further empowering women living in the hinterlands who look up to them, with knowledge that is scientifically-backed. Such stories also help provide a quotient of relatability for many aspiring mothers – not just on their journey with fertility problems but to feel no shame or guilt about their condition in their own homes and workplaces.

The narrative should not just be about empowered women paving way for more women to empower themselves. It can’t be said enough that women are central to this cultural shift since the brunt of the discrimination is borne by them. Destigmatising societies needs to start at the grassroots, and challenge what is otherwise considered the norm among the communities’ various members – parents, husbands, in-laws, siblings, cousins, co-workers, employers and so on. This can be done by holding community awareness camps, and spreading the word using other channels like radio, TV, newspapers, and even digital media.

Celebrities, gender no bar, have an important role to play here as well.

Initiatives like HeForShe by the United Nations has paved the way for transformation changes toward gender equality, with members of all genders showing solidarity with women, and driving a change. At my organisation, male infertility is something we have sought to address since the 1970s – a time when the topic of infertility was scarcely discussed at all, and something women were believed to be responsible for. Indira IVF also played a role in the government’s ‘Beti Bachao Beti Padhao‘ initiative, where our centres organize events and camps to curtail the imbalance in sex ratios in various states from decades of female infanticide.

As a medical practitioner, I come across a number of myths associated with infertility in women.

On the occasion of International Women’s Day, I’d like to separate fact and some of the most common myths I’ve encountered:

– Contrary to popular belief, long-term use of birth control (pills) does not impact fertility.

– Women can get pregnant after 35 years of age, but it should be kept in mind that fertility starts to decline henceforth. The same is also true for men wherein research has found that fertility decreases with age.

– The frequency of intercourse does not matter unless it coincides the time of ovulation.

– Often, some couples are able to have one child without much trouble, but experience infertility later on. This phenomenon is called secondary infertility.

– It is often also suggested that general health of a woman does not matter, however, leading a healthy lifestyle with little to no external stressors do help.

Globally, women have made strides in bringing about positive changes in the society. The impetus for de-fogging the lens stigmatised with infertility, thus, doesn’t have just one stakeholder. It must be a community-led initiative that challenges the status quo and uplifts those discriminated against.

The author is the CEO and Co-Founder of Indira IVF.

From the new iPad Pro to M2 Powered Macs here’s what to expect- Technology News, FP