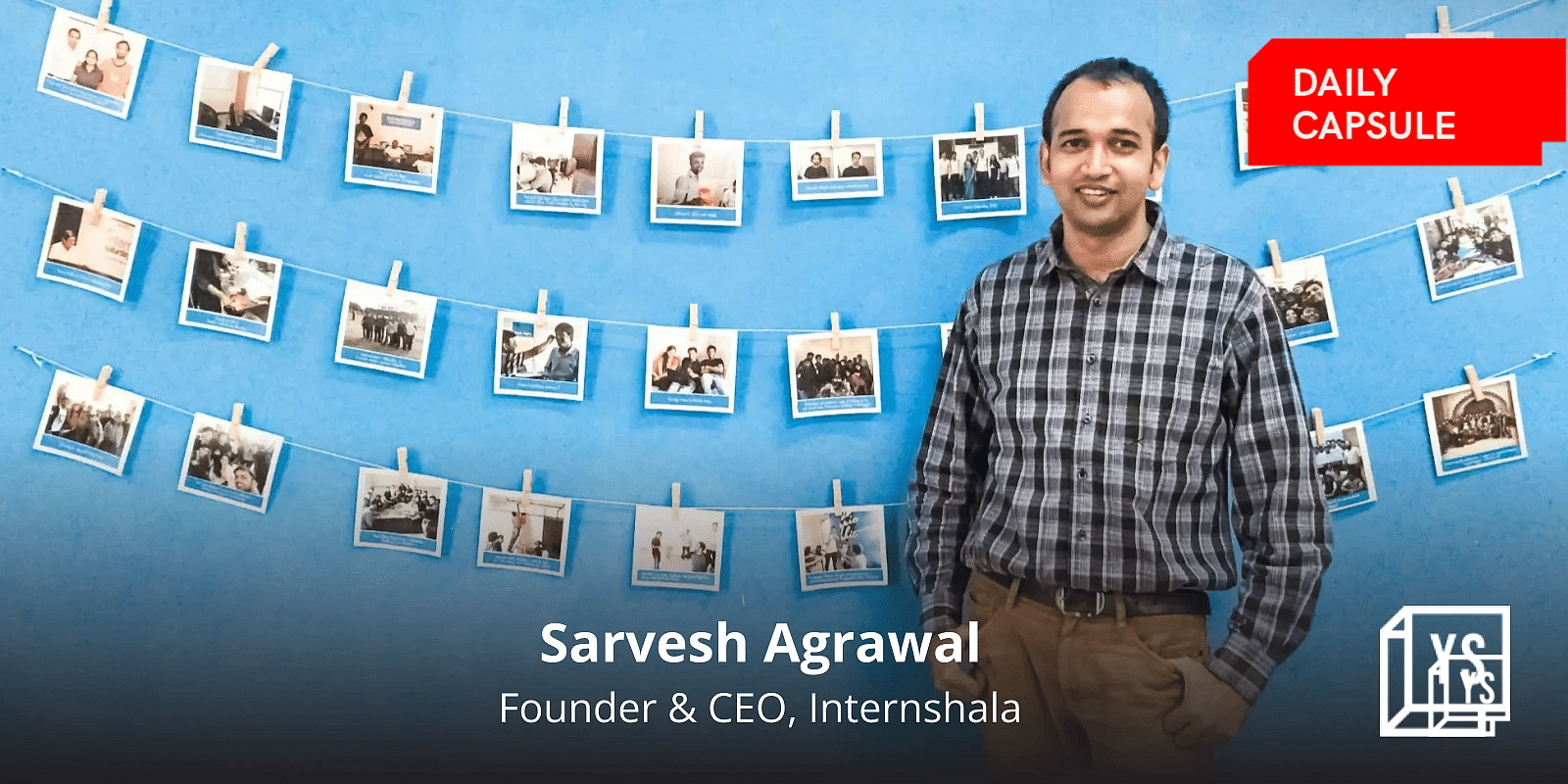 Resilience is key to success. Take Richard Branson, for example. The British businessman launched Virgin Galactic in 2004, with the hopes of entering the space tourism market.

The goal was to launch the maiden spaceflight by 2010, but it kept getting delayed for several years due to multiple challenges.

Technical difficulties, including a fatal crash during a development flight in 2014, made it one of the most challenging ventures of his career. But, Branson was relentless.

But not for long. Exactly a year ago, today, Richard Branson hurtled into space with three other employees aboard the Virgin Galactic Unity 22. And in February 2022, the company announced the opening of its ticket sales to the public.

This Monday, as you sip your morning coffee and get ready for a new week, remember, “The secret of getting ahead is getting started.”

When Sarvesh Agrawal started a blog to help students gain insights into how to make themselves more hireable, he didn’t have any plans of launching a startup. It was a “side hustle”.

Today, his blog has grown into a profitable business, with about 2.2 million active students applying for internships posted by 60,000 brands.

In FY21, the startup recorded revenue of Rs 20 crore, up 89 percent from the previous fiscal.

“We have been breaking even every year,” Sarvesh tells YS, adding that the extra revenue is invested back into the startup’s growth.

Growing one branch at a time:

The goal is to become part of students’ entire journey—from Day 1 at college to Day 1 at their job—by becoming a full-stack career-tech company.

“Every college student’s dream is to have a great first job, a great offer in hand, and the skills and confidence to succeed at that,” Sarvesh says. “That has become our goal.”

When it comes to ready-to-eat food items, MTR Foods is no stranger. The Bengaluru-based company, founded by food entrepreneur Sadananda Maiya in 1976, offers over 100 products, including readymade idli and dosa batter.

Between 2016-17, the company saw a fair amount of migration in India, and the aspect of hyper convenience, when it comes to providing food solutions, compelled us to look into this category, says Sunay Bhasin, Chief Commercial Officer, MTR Foods.

From a refugee camp to football field

Jamyang Chotso’s journey started in a refugee camp in Nepal. Fleeing Tibet, a confused and torn eight-year-old Jamyang had no clue why her parents were sending her to Delhi. But, as she boarded the bus and found herself in Dharamsala, it finally dawned on her.

Now, the 26-year-old is not only a full-time nurse but also a central defender and captain of FC Tibet, the host team of the inaugural CONIFA World Cup for women, held between July 1-6 this year.

“Even though we have left our country, we cannot forget our roots,” she notes.

Delhivery’s Institutional Shareholders Say No To Its ESOP Schemes

How enterprises can acquire a startup in a meaningful way