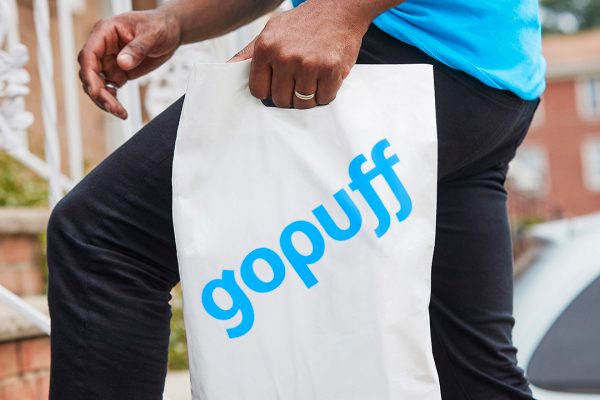 Gopuff, the “instant” grocery delivery startup that has been on an acquisition and expansion tear in the last several months to scale its business, is also racing to raise money to fuel those efforts. Documents uncovered by Prime Unicorn Index and shared with TC show that the startup has filed papers in Delaware to raise up to $750 million in a Series H round of funding — at a valuation of $13.5 billion if all shares are issued. While the company is not commenting on the filing, a well-placed source tells us that it’s actually closing as a $1 billion raise at a $15 billion valuation.

As with all Delaware filings, they only tell part of the story, so the company might ultimately raise more or less before the round closes. (And in this case it looks like “more.”)

For some funding context, it was only in March that Gopuff raised $1.15 billion at an $8.9 billion valuation. And that round came just months after a $380 million round (at a $3.8 billion) valuation. With Gopuff’s instant grocery model comes instant funding, it seems: Together the three rounds would total around $2.5 billion in funding in the space of 10 months. (Investors in the company’s previous rounds have included Accel, D1 Capital Partners, Fidelity Management and Research Company, Baillie Gifford, Eldridge, Reinvent Capital, Luxor Capital and SoftBank.)

Much like the investment race in the transportation-on-demand market, a large part of the fundraising in instant grocery seems to be aimed at scaling as fast as possible to build technological, operational and customer moats.

So for Gopuff, some of the money it has raised so far has been used to expand organically. That is, it’s investing to acquire new customers and build out its infrastructure — riders, “dark” stores stocked with their products and most recently “Gopuff kitchens” — within the 650+ cities in the U.S. where it already operates its $1.95 flat-fee “in minutes” delivery service. It will likely be doing so at a particularly fast pace, considering that others like DoorDash are also moving in to compete in earnest around the same model for quick deliveries of a limited selection of food and drinks, home essentials, and over-the-counter medication.

But alongside that, some of the cash it is amassing is also being used for acquisitions. So far, these have been limited to the U.S. and to expand Gopuff’s breadth in that market. It bought alcohol retailer BevMo for $350 million in November 2020; and in June of this year Gopuff acquired logistics tech company rideOS for $115 million.

The next stage of that acquisition process looks like it may be focused on snapping up similar companies in key markets where Gopuff wants to be in the future, particularly internationally, as it works to fill out a reported ambition of reaching $1 billion in revenues this year (3x last year’s numbers).

In June, there were rumors that Gopuff had approached Flink, an instant grocery player in Germany. While that has not gone anywhere (yet?), well-placed sources have told us — and, it seems, others — that Gopuff is also casting its international eye on England, engaging in discussions to acquire two different instant delivery companies based out of London — Fancy back in February and, more recently, Dija.

Gopuff also declined to comment on Dija, but we have multiple, well-placed sources telling us it’s in the works.

London is a hugely competitive market for instant grocery delivery at the moment — not least because it is dense and often hard to get around, has demonstrated a strong consumer appetite for on-demand delivery services and has a population of younger people with a decent amount of disposable income to pay a little more for convenience.

That speaks of opportunity, but also possibly too many hopefuls, as well. In addition to Dija and Fancy, we have Turkey’s Getir, backed by Sequoia and a number of others on an ambitious international roll at the moment; Gorillas (like Flink, from Berlin); Zapp; and Weezy — all offering “instant” grocery delivery. And these are just the standalone, newer startups. Still to come: established restaurant delivery players like Deliveroo that might also throw their hats into the ring.

Perhaps unsurprisingly, given that field, we’ve heard that Dija has been struggling to raise more money, and that led to the startup looking for buyers as an alternative.

That is a trend that’s playing out elsewhere too: In Spain Getir earlier this month acquired Blok, another new instant player that was struggling to get investors on board. We confirmed with well-placed sources that Dija had also talked with Getir in this context (that didn’t go anywhere) before Gopuff entered the picture. There will likely be more of these.

“It’s going to be a bloodbath,” is how one big investor recently described the instant grocery market to me.

Given that online grocery remains a relatively minor part of the market — even with the pandemic and its habit-changing impact on e-commerce, it’s still under 10% of sales, even in the most adoption-friendly cities — there is still a lot to play for in “instant” groceries. But if this latest round shows us anything, it’s that the most promising of these delivery companies will continue raising a lot more money to position themselves as consolidators within it.