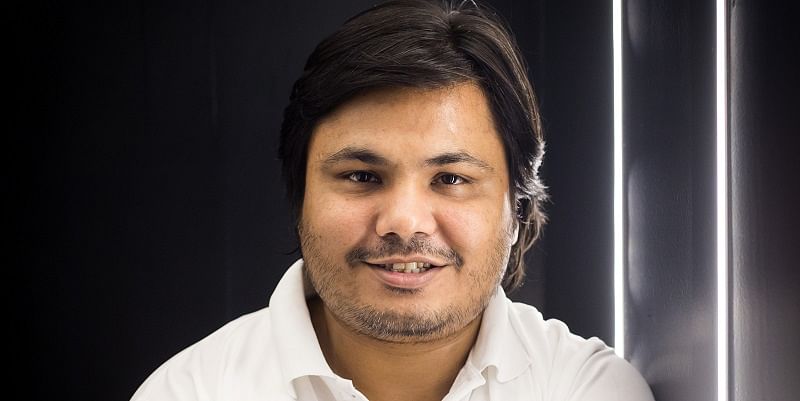 Housing is a fundamental need and it determines the aspiration of a society. In the last decade, there has been a lot of innovation to support housing for middle and low-income groups from the government. It is also an area of interest for many financial institutions.

Basic Loans was founded by Atul Monga, Kalyan Josyula, and Pranav Khattar in 2020 to make home loans a faster and stress free process. The startup is working to digitise home loans and increase affordable loan penetration for middle and low-income households.

“We want to ensure access and reach for affordable home loans penetration in underserved LIG and MIG segments, especially in Tier II and III cities. This involves building better technologies for product development and credit that is built to scale,” says Atul.

The startup follows a ‘Phygital’ approach to create a network of agents who utilise technology in handholding consumers – from ‘research’ to ‘final disbursement’ of home loans.

Before starting up, Atul and Kalyan worked together at Credit Suisse as part of its investment banking team. An MBA graduate from IBS Hyderabad, Kalyan has also worked in Rocket Internet, Awok, and Ola.

Atul and Pranav had previously worked together at Policybazaar. Pranav has also worked in HDFC Life and Lifestyle International. He graduated from the Goa Institute of Management in 2014.

Atul has worked in the Indian fintech industry where he set up and led businesses for various digital lenders. An IIT-Delhi graduate, he has also worked at iLoanz and Rubique.

In the course of his career, Atul found that the affordable housing market has huge potential, yet it is ignored by ecosystem players. In addition, the Indian mortgage market is still primarily offline given regulatory and operational constraints, and major disruption can be made using technology.

He contacted Kalyan and Pranav about the idea in 2019 and started up immediately in six months in 2020.

“Affordable home loans are part of Priority Sector Lending (PSL) in India and thus banks have to disburse a fixed percentage of their books in affordable segment. However, major banks are focussed on big ticket loans as they operate through a branch led model where the costs are fixed and their incomes are a percentage of loan amount. In addition, branch led model hinders penetration in Tier II and III cities and thus the demand in these cities is clearly unserved. This is evident from the fact that 60 percent of loans in India are disbursed in Delhi-NCR and Maharashtra (primarily in Mumbai and Pune),” says Atul.

Most of these banks purchase books from smaller Housing Finance Companies (HFCs) at the end of the year to meet their PSL targets. This has given rise to several small HFCs with primarily regional operations, which are catering to customers in fixed regions. These companies lack the technology and product innovation and the processes in these HFCs are completely opaque.

This is the segment that Basic Home Loans is going after.

The Basic Home Loans platform focuses on affordable housing loans, which is currently the government’s priority under PMAY and “Housing for All” schemes.

The customers login to the Basic Home Loans site and chooses the type of loan they want and then the customer service assists the individual in closing a loan at zero cost. The loan size can be anywhere between Rs 5 lakh to Rs 20 lakh.

The startup follows a “Phygital” approach to help its customers with a faster and stress-free credit process.

“We generate business through our website and agent network. The customer hand holding happens with our agents for end-to-end fulfilment at no additional cost. Everything from documentation to disbursement is done by our agent who is paid a commission on every successful disbursement. This results in customers getting better products through digital comparison, faster disbursements through agent-led fulfilment, and complete transparency of the loan process at the convenience of his and her home,” says Atul.

“At present, we are working as a broker for other banks and HFCs, but we are on track to set up our own lending and credit process,” he adds.

Since Basic Home Loans is a tech company, it can work with multiple partners in the banking and lending world. The startup makes a small percentage of money on every loan closed.

According to the co-founders, one of the main challenge for the startup has been to convince banks and HFCs to utilise technology, which is the biggest pain point as they have been using legacy processes and systems and it is hard to break into them. The overall mortgage industry remains an offline industry primarily due to the fact that India doesn’t have a centralised database of property ownerships and other details.

“The decisioning part, where a property is to be analysed, is difficult to get digitised, and there are various regulatory reasons because of which banks and HFCs have to make disbursements offline through paper documentation,” says Atul.

That said, the startup is paid by banks for each successful disbursement.

According to McKinsey, the demand for affordable housing in India will increase to 38 million units by 2030. In its first five months of operations, the startup logged in Rs 200 crore worth of loan applications and received sanctions for Rs 90 crore.

In the short to medium term, the founders want to set up their own credit through a risk sharing First Loan Default Guarantee relationship with a partner bank. By the end of FY 2022, they want to have their credit platform in at least 20 cities.

As of March 2021, the startup claims to have received about 1,500 applications from 18 states and 60 districts in India where more than 500 customers got their home loans through Basic Loans.

10 Lessons About Failure That Every Entrepreneur Needs to Know

Why aren’t female founders getting a bigger piece of the pie? Theories abound – TechCrunch

Should we seek a K-1 visa or marriage-based green card? – TechCrunch

Docsumo Raises Funding To Expand Its Footprint In North America

Startups step up to fight COVID-19