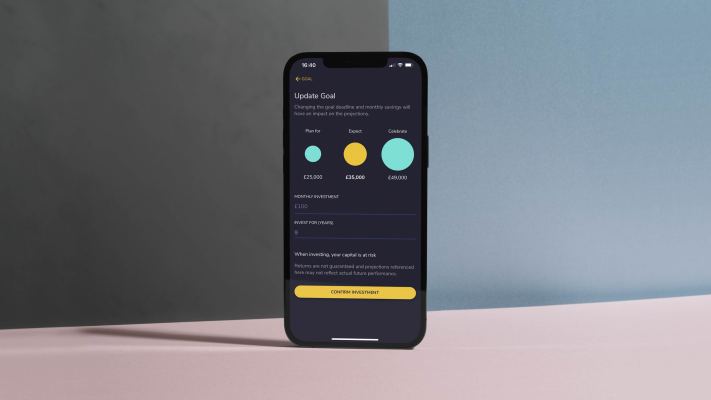 Targeting future and present high-net-worth individuals, Ikigai is iOS-only for now and consists of a current account and savings account, with adjacent wealth management features, all combined in a single app and card. The thesis, says the founding team, is that currently there is very little on the market that provides a modern digital-first banking experience and the kind of premium banking services typically offered by legacy banks to their more affluent customers.

“Our typical client is young — usually in their late twenties or thirties,” explains Ikigai co-founder Edgar de Picciotto. “They’re entering their prime spending and earning years, and are looking to secure their financial future. Although they’re not high-net-worths yet, they have aspirations and goals — and they want to do more with their money”.

Rather than a freemium model, Ikigai charges a flat subscription fee from the get-go, and new users gain access to a relationship manager, which differentiates it from most digital-first banking. Features include an “everyday” spending account, and a saving section of the app, dubbed “nest”. The latter is separate from the spending account, including having its own account number, but can be easily topped up from the everyday account.

So far, quite me-too, you might conclude. However, where some more differentiation arguably comes into play is that Ikigai also offers “fully managed, globally diversified investment portfolios” under the wealth section of the app. Portfolios are built and managed by Ikigai in collaboration with asset manager BlackRock, and take into account both risk appetite and the nature of what users want to achieve.

“We say it a lot but Ikigai was very much born from personal frustration,” says de Picciotto. “Everything on the market seemed to be slow, impersonal, full of attempts to sell lending and debt products. It felt like either the tech was there or the humanity, never both. That was the first thing we knew we wanted to solve”.

“Banking can also be way too time-consuming, investing even more so,” adds Maurizio Kaiser, Ikigai’s other co-founder. “There is so much for people to do when they have to do it themselves. It can basically become a second job if you’re constantly looking at different stocks and shares working out if the value is under this or over that. No one really has time for that — I certainly didn’t”.

Once the pair dug deeper, as management consultants are wont to do, they say they also discovered “interesting behavioural trends,” particularly when it comes to young and affluent people.

“This group are entering their prime earning and spending years, and they expect so much more from their banks than previous generations,” says de Picciotto. “Not only do they expect faster, fairer and better experiences, they have specific expectations and demands that current financial providers just don’t meet. This includes things like approaching personal finance as an act of self-care, like lifestyle banking over lifestage banking, and aligning their money with their goals and sense of purpose”.

Notably, unlike many of the first wave of challenger banks that made a virtue out of claims to be building their own core banking technology, Ikigai is primarily partnering with technology providers, including Railsbank and WealthKernel.

“Going with banking-as-a-service providers actually makes it easier to execute on our vision,” claims de Picciotto. “It allows us to focus on what we are good at and really matters to our customers: the user experience”.

On banking competitors, Ikigai’s founders argue that existing incumbents and challengers both have “significant” failings.

Incumbents are too dependent on branches or telephone services, and are premised on cross-selling and up-selling services, particularly lending products, in order to make money on loss-making current accounts.

Challengers, on the other hand, are “faster and more accessible”. However, in a bid to keep their cost-base low, they are increasingly automating their chat support and, in some cases, hiding live chat features.

“Delivering a high-quality service is obviously at odds with their aim of offering banking for free,” concludes Kaiser.

How custom-made policies can boost the Indian grocery retail sector