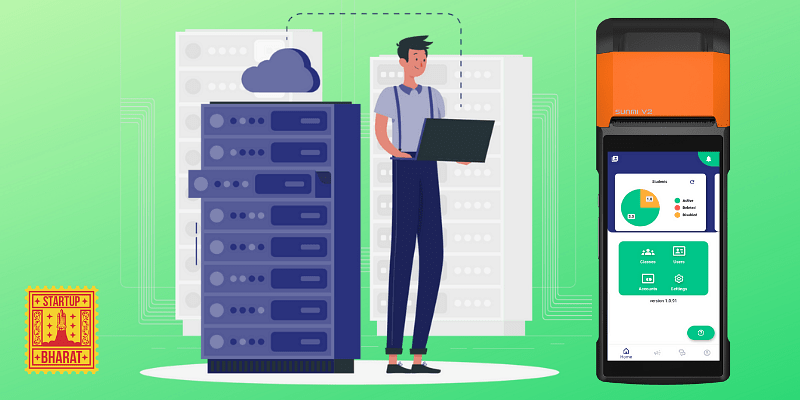 But, founder Divyam stumbled upon a bigger problem in the school education space that needed to be addressed.

While B2C edtech players like BYJU’S, Vedantu, and Toppr made the most of the pandemic-led tailwinds in the K-12 category, and B2B operators like Classplus, Teachmint, and Winuall focused on digitising tutors and coaching classes, a massive chunk (with roughly 7 crore students) of the formal schooling system was left out.

Divyam tells YS, “There are 4.25 lakh budget schools in Tier-II+ cities in India. More than 95 percent of these schools do not use any technology and manage all their data manually. The reasons range from the complexity of existing solutions, unfit pricing, to bad user experience. This leads to a loss of 500 million working hours every year for these school owners.”

The problem it solves

SchoolDiaries wound up in January, and Divyam along with co-founder Ratindra Nath Pande (ex-MakeMyTrip) launched NuShala to build the digital backbone for Bharat schools. NuShala, which means ‘new structure’ in Sanskrit, began operations in February, and launched its beta product in June.

While its move from LMS surely changed the target addressable market, it allowed the founders to build a product in a segment ripe for disruption.

“We are targeting schools that are typically in the Rs 1,500 per month fee bracket. We know that their paying power is less but it is a mass market where no such product exists today,” Divyam explains.

It is a simple, affordable, and one-stop solution for budget schools to begin their digital transformation journey, and helps them automate their most basic functions to save key costs, time, and manpower.

The platform combines a mobile app with an Android-based POS device (NuShala One) that enables schools to automate their fee collection, expenses, salaries, timetables, student attendance, notices, communication, and so on.

The IoT-led device is priced at Rs. 19,999 (zero-interest EMIs), and can be used to generate fee receipts and other documents. It is a single-step replacement for desktops, printers, ERP systems and payment machines put together.

Divyam elaborates, “We looked at a hardware solution because employees in budget schools are not very friendly with desktops and printers. They still manage most of their work through paper registers. Thanks to BharatPe and Paytm, even the local paanwala uses technology today, but these schools don’t.”

While schools do have the option of availing just the NuShala app, the founder claims that the POS device has been a “very well-received product in most places”.

Bootstrapped currently, the startup is working with 11 beta users (schools) and has received inbound interest from more than 185 schools in Bihar, Uttar Pradesh, and Madhya Pradesh.

There’s interest from schools in Tamil Nadu and Kerala too, and NuShala is in the process of rolling out regional language interfaces and dashboards.

Divyam shares, “We haven’t publicly launched yet, but are shipping the pre-booked POS devices. We are confident that 25 percent of the schools that have made inquiries will become paid users as soon as we go live.”

NuShala has a two-pronged offering: a free app and a premium subscription priced at Rs 2,000 a month.

NuShala App for fee collection, expense management, and other automation

Besides the SaaS-based subscription and upfront device cost, NuShala also takes a cut of the fee payments processed by its platform. The startup is looking to onboard 5,000+ schools, and digitise the data of one million students over the next 12 months.

“There is a big gap in the market. Every player is focused on the high-paying schools. We are targeting the small ticket clients that are 85 percent of the market,” reveals the founder.

At present, NuShala has a small team of five people who are unable to “act on most requests” coming in from across the country. The startup is in talks with some US-based angel investors, and is likely to raise a maiden round by the end of 2021.

Divyam sums up by saying, “We want to be focused on managing and digitising schools. When we see a saturation point there, we will move to something else… merchandise, content, remote teaching, or other things.”

Top Tips For Productivity With Your New Startup

Flywire’s flotation suggests the IPO slowdown is behind us – TechCrunch

Auto Accidents: How to Cope