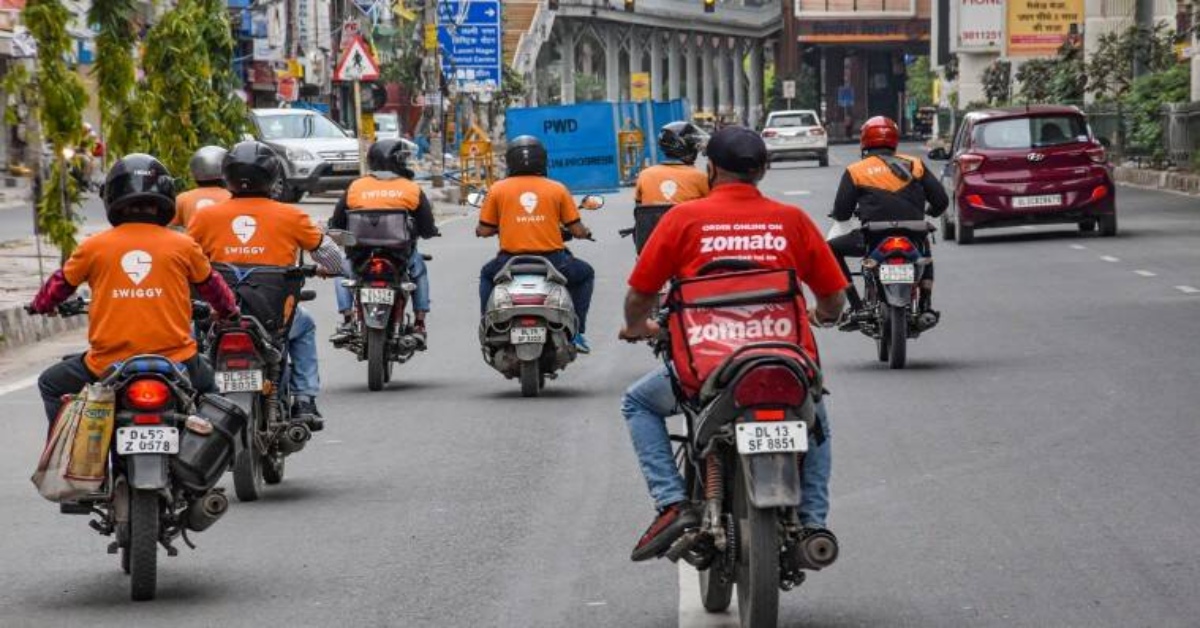 During the year, Zomato spent INR 1.9 to earn one rupee in revenue, while Swiggy spent INR 2.4 to earn the same

After spending more than Zomato in the fiscal year 2020, Swiggy has ended the year with nearly INR 300 Cr higher revenue than its biggest rival in the Indian food delivery market. While Zomato spent INR 1.9 to earn one rupee in revenue in FY20, Swiggy spent INR 2.4 for every rupee in revenue. The Bengaluru-based foodtech giant finished the year with a loss of INR 3768.5 Cr, a 61% increase from a loss of INR 2345.6 Cr in FY19.

There was a similar gulf in total expenses for both companies, with Swiggy outspending Zomato considerably in the year. Swiggy’s total expense of INR 6545 Cr was over 40% higher than Zomato’s INR 4628 Cr.

Notably, the increased spending by Swiggy has helped the startup boost its revenue higher than Zomato. In comparison to the 115% growth in revenue, Swiggy’s spending grew by 80% year-on-year (YoY) from INR 3638 Cr in FY19.

The increased expenses for Swiggy indicate that the company was more bullish on expansion than Zomato. However, the increased spending meant that cost efficiency took a hit for the Bengaluru-based company.

Swiggy’s filings with the Ministry of Corporate Affairs (MCA) note that during the year, its business grew by 85% with over 100K restaurants attached to its platform and an active delivery fleet of over 200K. The company also claims to have widened the reach of its platform during the year by launching in 405 new cities.

As for the company’s cap table, as of FY19, its founders owned a little over 10% of the company. Sriharsha Majety owned 5.82% equity in the company; Lakshmi Nandan Reddy Obul owned 2.64%; while Rahul Jaimini, who left the company to join edtech startup Pesto Tech in May 2020, owned a 2.10% stake.

The remaining 89.4% was divided amongst 15 investors such as Elevation Capital (formerly SAIF Partners), Accel India, Norwest Venture Partners and RB Investments. The largest shareholder was MIH India Food Holdings B.V., which is the India arm of the Netherlands-based Myriad International Holdings B.V.

How The Pandemic Changed Food Delivery

Last year, both Swiggy and Zomato had to face a severe downturn in business during the Covid-19 lockdown and were also forced to lay off employees and delivery partners amid the pandemic.

Both companies had launched grocery delivery services during the lockdown to cater to the peak demand. While Zomato has all-but exited the space now, Swiggy recently discontinued its marketplace approach for retail stores and is looking to embrace the dark stores model for hyperlocal deliveries.

Besides grocery delivery, Swiggy also expanded its Genie hyperlocal courier services to boost its revenue prospects in the post-pandemic market. It expanded Genie to over 15 cities, going directly after Dunzo with pick-up and drop-off of items or parcels.

While business seems to have recovered well since July onwards, leading to a boom towards the end of the year, the pandemic’s impact could mean that losses for both companies could grow even further in FY21.

Given the slowdown in deliveries, Zomato and Swiggy have been caught in various protests by delivery partners over drop in income.

In 2020, Swiggy even saw protests in various cities by its delivery partners, who complained about a fall in wages and the removal of monthly incentives due to the fall in the number of orders. A report by the Fairwork India Foundation last year also highlighted poor work conditions for delivery workers engaged with Zomato or Swiggy. And this year, the company would have to allocate 1-2% of its turnover or 5% of the wages paid to gig workers, whichever is lower, to a social security fund for gig workers.

But as food delivery regains momentum in 2021, Zomato and Swiggy are looking to capitalise and are preparing their arsenals. Swiggy is said to be in advanced talks to close a $700 Mn-$800 Mn funding round led by sovereign wealth fund Qatar Investment Authority (QIA). This after Zomato had raised its paid-up capital in preparation to raise funds. Swiggy’s post-money valuation could increase up to $5 Bn in this round. The company had closed its previous funding round at around $3.6 Bn valuations after it raised $158 Mn led by Naspers last February.

The round will reportedly help Swiggy “build a war chest of a little under $1 Bn” even as Zomato looks to raise money before going public in 2022. Recently, Zomato increased its paid-up capital by 3X in preparation for raising funds in the near future. The company’s paid-up capital has increased from INR 535 Cr to INR 1,448 Cr.

Where Not to Get The Most Expensive (Cheap) Beers

Shalini Chaudhari of Infosys on diversity and inclusion, nurturing women in tech, and making happiness pie charts to navigate challenges