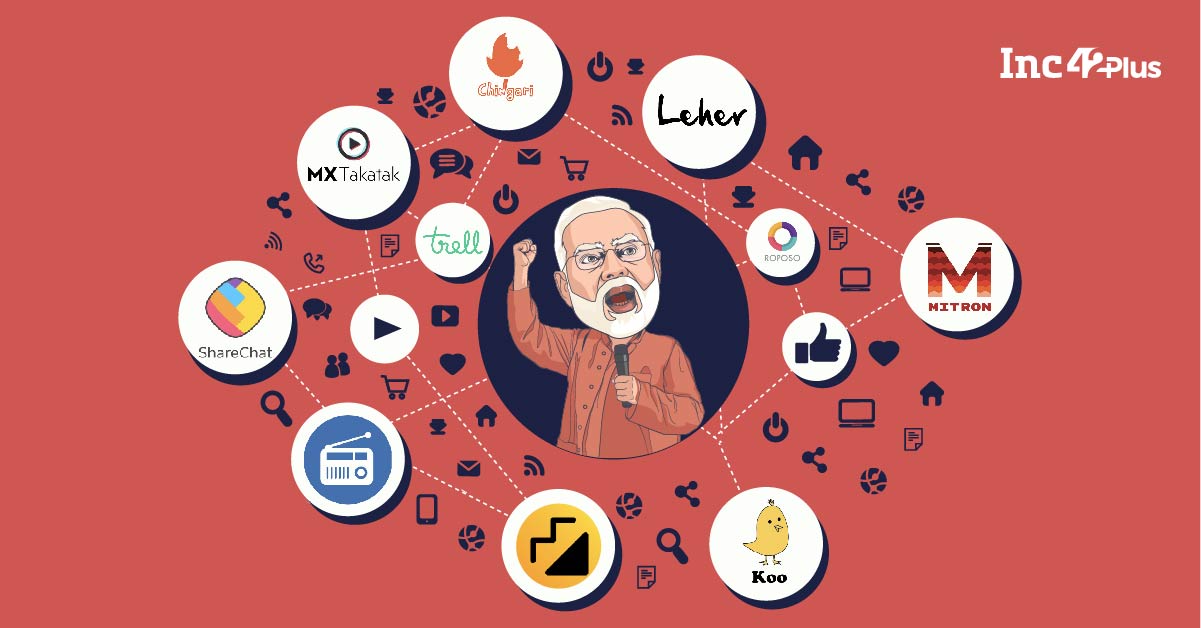 Less than two weeks ago, Twitter (or the people running Twitter) was threatened with a seven-year jail term for not complying with the Indian government’s directions to take down several accounts, which were allegedly fanning hate by spreading propaganda. Although the microblogging platform finally gave in to the diktat, the powers that be are not satisfied with its defiance.

Starting with commerce and industry minister Piyush Goyal, several government departments and high profile government officials have made a clarion call to the Indian public to move to a desi alternative of Twitter called Koo. And its sudden surge in popularity (around 1 Mn users in five days) reminds one of the TikTok ban last year that led to homegrown alternatives gaining millions of users overnight.

But what is behind this pattern? Why is there a fall out between the government and foreign social media giants time and again? We will look at that story another time, but today, it is all about how fast India’s homegrown social media can win over users and their advertising dollars.

All You Need to Know about the Temporary Skill Shortage Visa

a16z backs Rutter’s goal of being ‘Plaid for commerce’ – TechCrunch

With its recent acquisition, how G.O.A.T Brand Labs is charting its D2C story