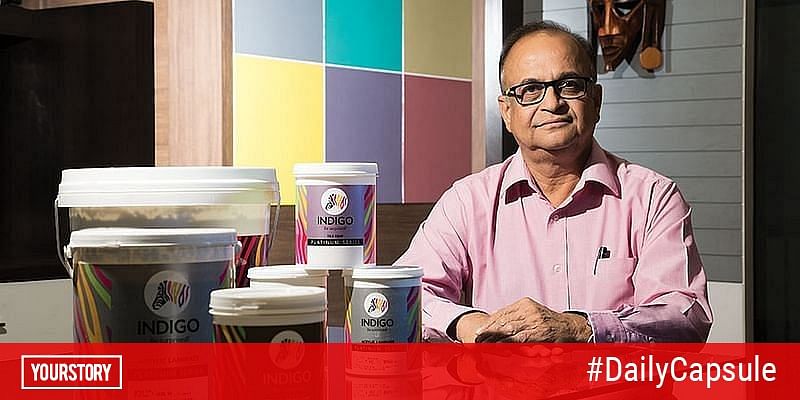 In 2000, chemical engineer Hemant Jalan started Indigo Paints with Rs 1 lakh. The founder says the company was established with “practically no capital investment”. A small chemical unit in Patna and an industrial shed in Jodhpur served as the foundation for the company.

In FY20, the Pune-headquartered business reported revenues of Rs 625 crore with a net profit of Rs 48 crore. The company now has three manufacturing facilities in Rajasthan, Kerala, and Tamil Nadu.

In January 2021, Indigo Paints went public and listed on the NSE and BSE. The company’s Rs 1,170-crore initial share-sale garnered an overwhelming response from investors and was subscribed 117 times on the final day of bidding.

Vineeta Singh started Sugar Cosmetics as a digital-first brand catering to young millennial women in 2012, at a time when ecommerce was just picking up in India. However, she soon realised that about 95 percent of the Indian cosmetics market is offline. For Sugar Cosmetics to be considered as a serious brand among customers, the brand placed its bets on omnichannel distribution. At present, it has over 10,000 retail outlets in over 130 cities, and is also available on major ecommerce sites, including Nykaa.

After the breakout success of Clubhouse, Dispo — another invite-only iOS app — is charming Silicon Valley and the world at large. Dispo (short for ‘disposable camera’) is bringing back the nostalgia of retro film cameras, where you click pictures, wait for it to ‘develop’, and send them for print. Dispo has been touted as the ‘anti-Instagram for Gen-Z’ for its focus on unpolished aesthetics (no ‘filters’ and ‘edit’ buttons in the app). Read more.

Alpana Tiwari recalls with utmost fondness her childhood memories of cosy afternoons she spent assisting her father, an Ayurvedic doctor, prepare herbal mixtures for his patients. Growing up, she fielded questions from friends and family about home remedies, or ‘nuskhe’, for ailments as common as cough and cold, to as complex as postnatal care.

When an increasing number of women started asking her for post-birth remedies rooted in Ayurveda, she realised the essential role the ancient Indian medicinal system could play in restoring women’s health. With that in mind, she launched ‘Nuskha’ in 2019. Read more.

“The need to learn and teach from anywhere won’t end, even when the pandemic does. We have an incredible opportunity to reimagine learning for what comes next.”

Test your business creativity with Edition 6 of our quiz!