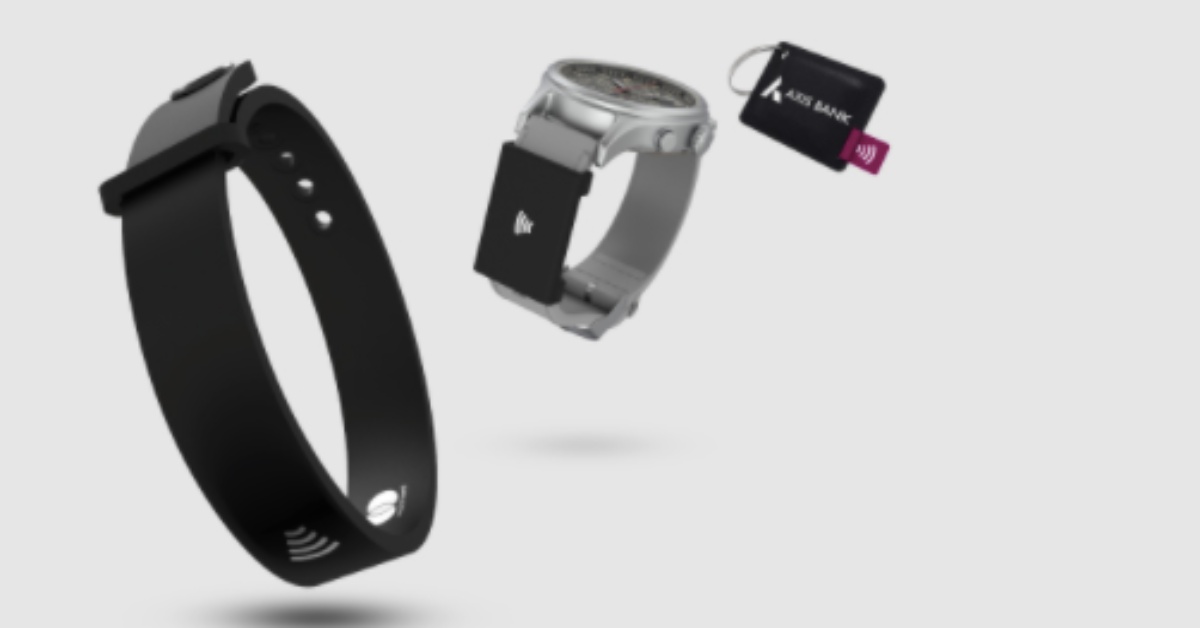 The device can also be attached to existing wearable accessories and has been priced at INR 750, which could be a major factor in its success 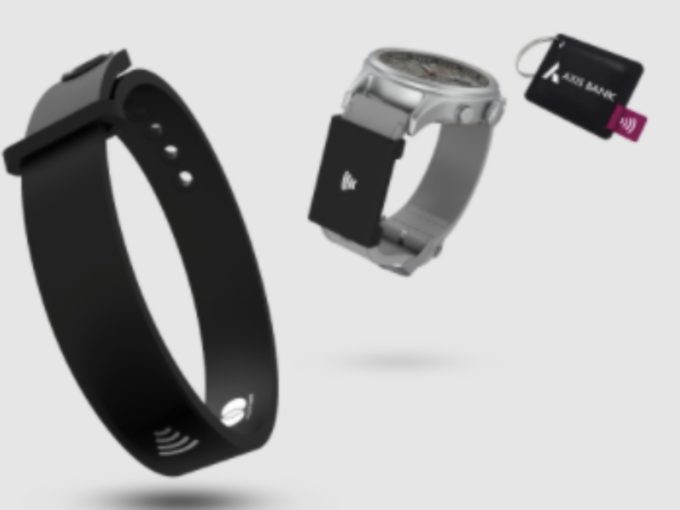 The spread of near-field communication (NFC) capability among payment players has so far helped merchants turn their Android smartphones into PoS devices for receiving contactless credit and debit card payments. And while several players have only just begun to experiment with the functionality, Axis Bank seems to have gone one step further with its wearable platform.

The private sector lender has launched a range of wearable contactless payment devices called ‘Wear N Pay’. The device will be directly linked to a customer’s bank account and can be used like a debit card while making a payment to any merchant who accepts contactless tap-and-go payments through a PoS device.

The device is available in various form factors such as a wristband, key chain and watch loop, with prices starting at INR 750, the bank announced. The wearable tech has been jointly developed by electrical systems designer Thales Group, wearable payments innovator Tappy Technologies and payments infrastructure provider Mastercard.

The Indian wearables market currently features products such as smartwatches and earbuds, offered by several local companies such as boAt, Cult.fit, Micromax, as well as international players such as Apple, Samsung, Redmi, Oppo and OnePlus. In the quarter ended September last year, the Indian wearables market posted the highest quarterly shipment to date, growing 168% year-on-year (YoY) to 11.8 million units. The growth was largely propelled by audio accessories, fitness trackers and smartwatches.

Significant factors for the growth have been falling prices. The average selling price of watches has come down to USD 111 in Q3 2020 compared to USD 175 in Q3 2019. This is enticing consumers to upgrade from wristbands to watches, IDC had said last year. The new use-case of payments could be a big factor in pushing the smartwatch and wearables category in the Indian market.

With Axis Bank innovating in the space with a wearable device for contactless payments, other banks may follow suit. Further, the fact that the device can be attached to one’s existing wearable accessories only makes the functionality smoother. The price point of INR 750 appears cheap, although more competition in the market could drive the price further down.

One would be able to make transactions with the Wear N Pay device by just waving it at a PoS machine. For transactions worth more than INR 5,000, one would need to feed the PIN.

Considering the growth in sales of wearable devices in India, led by smartwatches as noted above, a contactless payments device that can be attached to one’s watch could be the game-changer in the digital payments space in India.

“Contactless payments are the future of the payments industry in India. To tap into this market, our Wear ‘N’ Pay program brings in convenience in contactless payments at a budget-friendly price point, offering a safe and secure mode of payments on the go. Not only are these devices contemporary looking, but are also designed in a way that it becomes a part of our daily lives, thus increasing adoption of cashless transactions for everyday requirements,” said Sanjeev Moghe, EVP and head of cards and payments at Axis Bank.

Besides Axis Bank’s recent innovation in the space, several existing players have introduced solutions that allow a merchant to convert their Android smartphones into PoS devices for receiving contactless payments.

Will NFC Shape The Future Of Digital Payments?

Merchants can convert their existing Android smartphone devices into a payment terminal by downloading a supported app. Once the contactless menu is chosen, an appropriate amount can be entered (i.e under INR 5000). The RuPay card can then be tapped on the merchant’s mobile completing the transaction instantaneously.

Tap-and-go contactless payments also gained popularity amid the Covid-19 pandemic last year, when strict physical distancing protocols were in place. In May last year, the Reserve Bank of India (RBI) allowed Visa, Mastercard and NCPI to allow tap-and-go functionality on card payments for all purchases at retail outlets. However, financial services providers had placed a two-factor authentication process for transactions above INR 2K. So, customers had to enter their PIN to process the transaction. In January, the Reserve Bank of India (RBI) increased this threshold for contactless payments to INR 5K.

Experts feel that the NFC technology can be used to rapidly scale up contactless digital payments in areas where internet connectivity may be erratic.