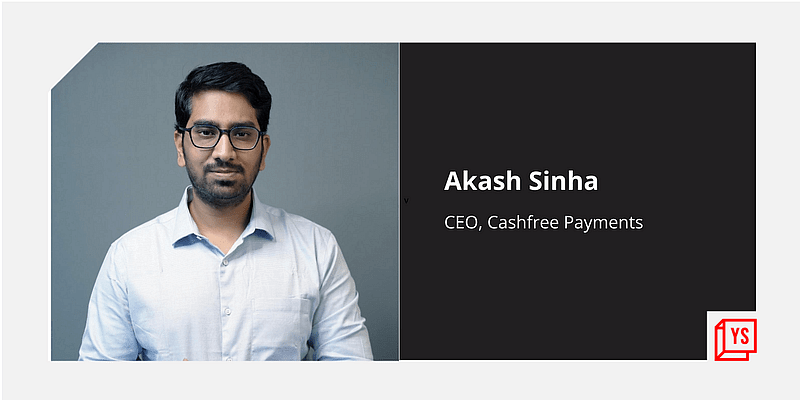 Leading payments and API banking solutions venture Cashfree Payments’ tokenisation solution will go live on December 27, according to a press release from the company.

﻿Cashfree Payments﻿ has partnered with Visa and Mastercard to deploy ‘Token Vault’ for its customers.

It will empower merchants to save card network tokens easily to comply with the Reserve Bank of India’s (RBI) guidelines on tokenisation, according to a press release from Cashfree Payments.

Neither approved payment aggregators nor merchants shall store client card credentials on their servers. Only card-issuing banks authorised by the RBI or related networks can save customers’ card information.

The deadline for card tokenisation is December 31, 2021.

Logistics and fulfilment platform ﻿Shiprocket﻿ has become part of Mumbai Angels Network’s ‘The Co-investment Program’ that aims to help entrepreneurs with networks and funds for faster access to capital.

Shiprocket has more than one lakh sellers on its platform, and works with several major D2C (direct to customer) brands.

Mumbai Angels Network’s ‘The Co-Investment Program’ will identify startups with unique offerings that can top their respective sub-categories, or create new ones on their own while showing promising metrics in terms of revenue and profitability, it said in a press release on Tuesday.

The new commentators are former cricketers Anjum Chopra for Hindi, Vijay Bharadwaj for Kannada, and Deep Dasgupta for Bengali.

“With these additions, WCC 3 further strengthens its vernacular portfolio to reach out to a larger audience base across the country. Appealing to newer geographies, the game will now have customised language commentary in new regions that have a sizeable fan base,” according to a press release from Next Wave Multimedia.

IU University of Applied Sciences is the largest and fastest-growing university in Germany with more than 75,000 alumni working across the globe.

The Master’s degree programmes in data science, cybersecurity, and AI will each be year-long courses, while the computer science programme will extend for two years. The courses begin in December 2021.

Hyperlocal platform Swiggy released its annual findings of orders in 2021. And the results are tasty.

Thankfully, health-focused restaurants on Swiggy reported a 200 percent increase in orders during the year.

Tech companies in India are moving away from campus recruitment to nationwide qualifiers for new hires, according to upskilling startup ﻿Scaler Academy﻿.

“This trend is expected to continue in coming years mainly due to two factors,” said Abhimanyu Saxena, Co-founder of Scaler. “One is the ability to discover a diverse set of talents due to the nationwide accessibility of online tests. Secondly, the fresher hiring process becomes faster and cost-effective with such effective systems in place to scrutinise and monitor the candidates,” he added.

More than two million of India’s workforce in engineering, IT, R&D, and business process management are from 15 of the top Tier-II cities, according to a study conducted by consulting firm Zinnov.

Skilling platform ﻿upGrad﻿ announced an outcome-based full-stack developer programme, where learners pay only after they get a job.

Its KnowledgeHut full-stack development bootcamp is a three to six months course. “Learners have the flexibility to choose a course based on their schedule and defer paying any fee for the duration of the programme,” according to an upGrad press release.

Facebook, the social media giant, topped the 2021 Wizikey News Score ranking as an influential and visible international company in India.

Wizikey’s News Score measures news visibility, and determines a score based on the volume of news, headlines, reach of publications, and readership.

Ahmedabad-based startup incubation centre ﻿﻿iCreate﻿﻿ has facilitated an investment partnership worth $300 million between ﻿Charge+Zone﻿ and the Gujarat government to set up 50,000 EV charging stations across the country.

The two partners signed an initial pact in this regard on Monday as part of the investment promotion activity for the forthcoming Vibrant Gujarat Global Summit in January next year, with an objective to amplify the charging infrastructure for EVs on national and state highways across India, according to a statement.

﻿Charge+Zone﻿, an EV charging networks provider, has created an active business-to-business (B2B) and business-to-consumer (B2C) network for EV charging for both fleet and retail customers by setting up over 1,250 charging points across over 400 charging stations, serving around 3,000 EVs (cars and buses) on a daily basis, according to the statement.

As with its last acquisition, Design Shift, PrepLeaf will continue working as a separate entity under the “PrepLeaf by Masai School” banner.

“We will slowly and methodically start integrating PrepLeaf into the Masai ecosystem. Student experience is the most important thing for us, so the transition is expected to happen seamlessly within the next 90 days,” said Prateek Shukla, co-founder and CEO, Masai School, in a conversation with YourStory.

Freshworks files for US IPO; doffs hat to Thalaivaa

Coal India assessing use of drones to monitor mines

A guide for teams to successfully move from talk to action