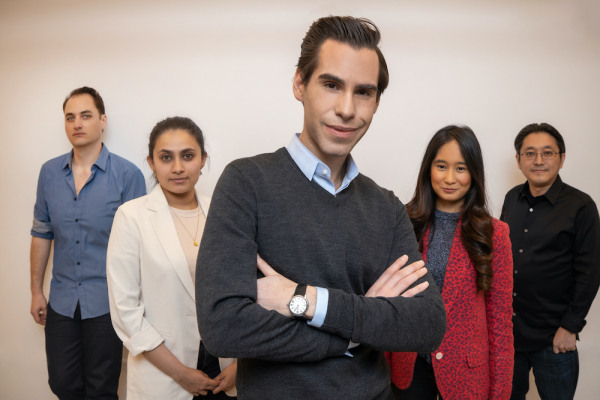 Dating startup S’More has launched a new feature called S’More TV, which CEO Adam Cohen-Aslatei said could give users new ways to talk to each other. It also bringing the startup closer to his goal of becoming not just a dating app, but “a lifestyle brand.”

The videos on S’More TV may be familiar to people who follow the company on Instagram, where Cohen-Aslatei has hosted dating-related interviews with celebrities like WWE stars Chelsea Green and Leah Van Dale, models Nichole Holms and Sarah Miller and Mary Fitzgerald of “Selling Sunset.” Now, however, these videos are getting a home in the S’More app itself.

Cohen-Aslatei said this wasn’t the initial plan when he started filming videos for S’More Live, but eventually he and his team decided to do more with their “nearly 50 hours of exclusive celebrity content,” seeing them as “the first organic way to have content not related to a dating profile” in the app. He suggested that this isn’t just giving users another reason to open the app, but also a crucial conversation starter.

After all, anyone who’s had to start a conversation in a dating app will probably remember moments when you’ve struggled to come up with something better than “Hey” or “How’s it going?” — and S’More presents unique challenges on that front, since the app blurs all user photos until you’ve had some real interaction. So Cohen-Aslatei said these videos can spur a more natural conversation, allowing users to “really talk about topics that they care about.”

The S’More app now includes prompts directing users to watch S’More TV, where anyone can watch and comment on the videos. If you post a particularly scintillating comment, that may help to attract potential matches, and it will give them an easy starting point for the conversation.

In fact, Cohen-Aslatei claimed that since releasing S’More TV in beta testing, the app has seen Day 1 retention (the number of users who open the app one day after installation) increase by 15% to the “mid 60s,” while time in the app has doubled.

He also said S’More Live is quickly approaching its 100th episode, but you won’t see all of those episodes the app right away. Instead, the company will be adding 15 new videos to the S’More app each month.

In addition, S’More has launched a new feature called cover photos. This is basically the one exception to the blurred photos rule (although it sounds like even this photo is subtly warped), allowing users to showcase a single image of their friends, their life or their personality even before they start a conversation.

Cuemath eyes 30 new markets in FY22; says another funding round likely this year