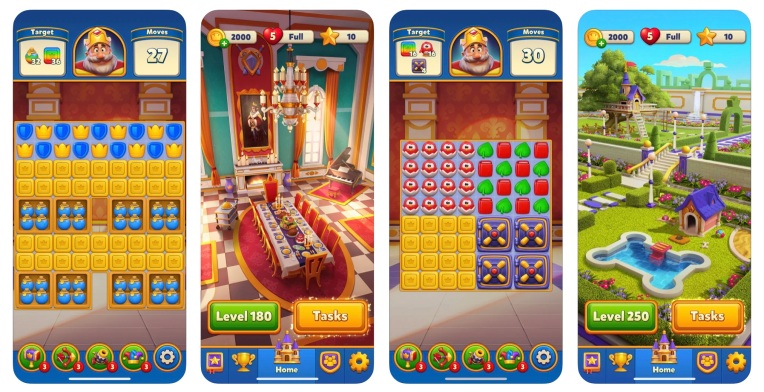 Yet more funding is finding its way to Istanbul’s gaming startups. Today, Dream Games — the casual games developer behind the hit game Royal Match — is announcing a $255 million Series C that values the startup at $2.75 billion.

This Series C is being led by Index Ventures, with Makers Fund, IVP, funds and accounts managed by BlackRock, Kora and Balderton Capital also participating. The funding will be used both to continue investing in and developing Royal Match, and to work on its next launch, which is expected later this year.

The funding underscores a few important trends: we are seeing a very heated pace of competition in this space right now; games (and especially casual games) are really coming into their own when it comes to venture funding and adopting the growth and approach of startups; and maybe most importantly for this story: investors are very keen on getting in on the action.

Today’s news comes just six months after Dream Games raised $155 million at a $1 billion valuation (that round was led by Index and Makers Fund), and one day after another Istanbul games startup, Spyke, announced a $55 million seed round.

Dream and Spyke share some DNA: both are founded by people who were either founders or senior members of the team at Peak Games, another gaming startup that was acquired by Zynga in 2020 for $1.8 billion.

Royal Match is currently one of the highest grossing mobile games on the market. It will be worth watching to see how and if Dream Games follows it up. From what the company has said in the past, and today, those follow ups might not necessarily come in the form of more games in rapid succession, but in extending the franchises that are already successful and spacing out new developments over periods of years with less pressure to produce new titles over months.

“We believe in Pixar’s approach,” co-founder and CEO Soner Aydemir said in an interview in June. “When Pixar started, it was very low frequency, a movie every 2-3 years but eventually the rate increased. And it will be similar for us. This year we need to focus on Royal Match but if we can find a way to create other games, we will.”

As with Spyke’s view that its big competition might be the TikTok’s of the world, not just other games developers, so too does Dream eye up the entertainment industry as a bigger competitive threat. Indeed that’s not just because they too can publish games and build sticky brands, but they are after the same slice of leisure time as Dream among consumers.

Investors are willing to bet here because of Dream Games’ track record in gaining audience so far.

“The success and growth of Royal Match exceeded all of our expectations,” said Stephane Kurgan, the Index Ventures partner who led the investment, and former chief operating officer at King, in a statement. “In eight months, Royal Match has become one of the most played mobile games of 2021. Dream Games has assembled one of the best teams in the industry, with  a rare combination of creative talent, engineering expertise and relentless work ethic. They’ve already shifted the norms around what counts as excellence in mobile gaming, and we’re excited to see where they go next.”

Org Chart: The People With Power At IPO-Bound Zomato

IndiaTech Urges MeitY To Come Up With Code For Online Gaming