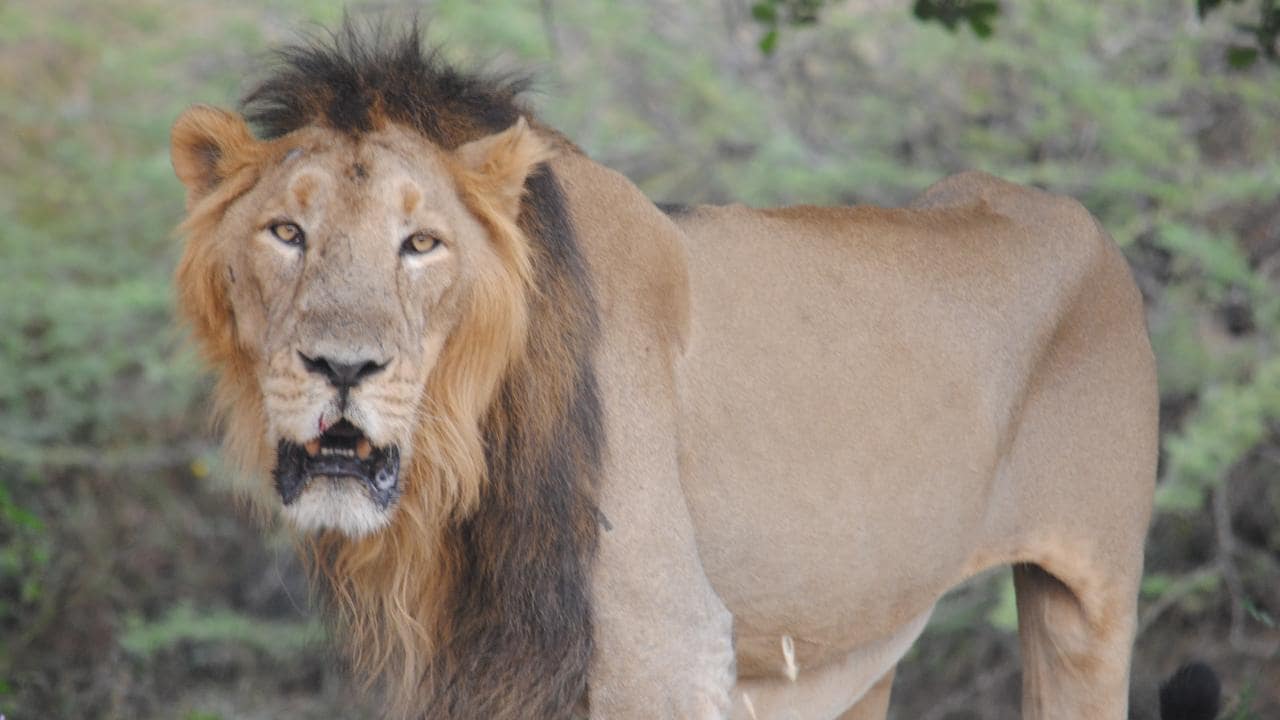 Three years after a deadly virus struck India’s endangered Asiatic lions in their last remaining natural habitat, conservationists are hunting for new homes to help booming prides roam free. The majestic big cats, slightly smaller than their African cousins and with a fold of skin along their bellies, were once found widely across southwest Asia. Hunting and human encroachment saw the population plunge to just 20 by 1913, and the lions are now found only in a wildlife sanctuary in India’s western Gujarat state. Following years of concerted government efforts, the lion population in Gir National Park has swelled to nearly 700, according to an official census last year.

But just three years ago, the conservation success looked to be in danger when several lions started to die in one part of the 1,400 square kilometre (545 square mile) forest.

The canine distemper virus – a highly infectious disease – was detected among dozens of the royal beasts, killing at least 11 of them.

“We picked all the lions from the area and isolated them,” Dushyant Vasavada, the park’s chief conservator of forests, told AFP.

Authorities imported special vaccines from overseas and each animal was given three doses each, followed by a booster shot.

Cattle and dogs living near the park were also inoculated as suspected carriers of the virus.

“We vaccinated the lions in captivity and successfully controlled the disease and no new outbreak has been observed,” Vasavada said, adding that park rangers were still closely monitoring their health.

Lions are a source of pride for India, particularly in Gujarat’s Saurashtra region, where man and beast coexist.

A cattle-rearing tribe lives among the animals in the sanctuary, and it is not uncommon to see a pride of lions crossing a highway in the region as motorists wait and watch. The king of the jungle is also a major tourist attraction, along with leopards, panthers and other big cats found in the sanctuary.

Around 5,50,000 people visit the park each year, riding in open-top jeeps as they try to spot the predators prowling among pale yellow deciduous trees.

“It is a very thrilling experience to see the lions from close in the wild,” said forest guide Dinesh Sadiya.

But the 2018 virus outbreak was a reminder that the steady growth in the animal’s population cannot be taken for granted. New method of monitoring lions, that are superior to the current ones being used, have helped advance monitoring and conservation of lions in Gir. Image credit: Wikipedia

The lions have low genetic diversity due to their small population size, making them more vulnerable to epidemics.

A 1993 outbreak of canine distemper virus in Tanzania’s Serengeti National Park killed a third of its 3,000 lions.

Wildlife biologist Ravi Chellam said that outbreak underscored the need to move a few prides to other sites nearby.

“Translocation is a risk mitigation strategy akin to us getting health or life insurance,” he told AFP.

“If something happens to the population in Gir, there is always going to be an additional free-ranging population of wild lions available.”

Chellam said the sanctuary was also now too small for its steadily growing lion population.

“There are far more lions than what Gir can hold… these animals are not static, they are constantly moving outside and interacting with domestic animals and people,” he added.

Efforts to move some lions to other states have been mired in legal wrangles with the state government, which wants to keep the animals in Gujarat.

Authorities have instead proposed finding new homes for some lions in other parts of the state.

In the meantime, rangers keep a close watch on the wandering lions – which sometimes stray into villages and kill livestock – with the help of dozens of imported radio collars.

“If a lion has not moved for 48 hours we can alert our staff,” said Mohan Ram, the park’s deputy conservator of forests.

The tracking collars are fitted around a lion’s neck, helping rangers monitor their health and movements, reduce road and rail accidents, and lessen human-wildlife conflict.

Why it is important to mind the environmental cost- Technology News, FP