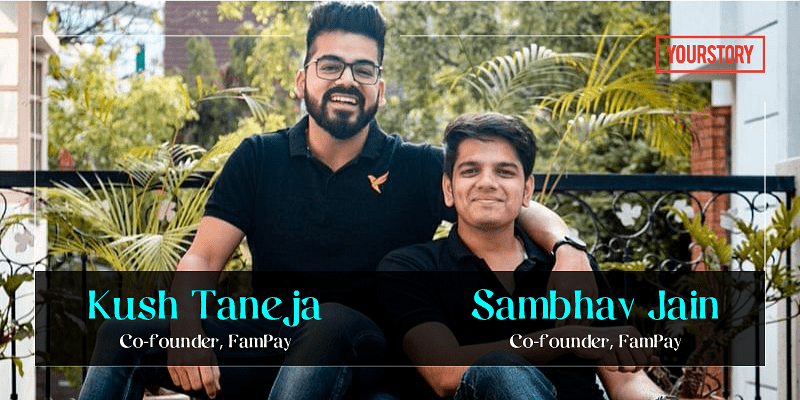 During their final year, the duo chose not to actively participate in campus placement and rather focused on finding the right problem to solve with the right business model. At that time, they observed that many of their friends were choosing certain jobs only because the money was attractive, and not because they wanted to do it. This made them look into the concept of money altogether.

“We understood that if we remove money from the equation, the answer on what they would want to do would be very different from what they are doing. We were having casual discussions around why people looked at money this way. In India, since childhood, no one is comfortable talking about money to the kids…Schools don’t teach you about money, banks don’t teach you, parents don’t really talk about money very openly. So finance is always considered as a very serious subject that no one talks about,” Sambhav explains.

Founded in 2019, Bengaluru-based FarmPay is aimed at helping children below the age of 18 to achieve financial independence. The app empowers children to do online transactions, without having to ask their parents to input banking details, or waiting for them to give them one-time passwords (OTPs), characteristic of net banking and card transactions.

The duo applied at Y Combinator during their final semester and that is how their journey started.

Solving the problem of financial literacy

Sambhav explains that the case is very different in most Western countries which have a concept of pocket money, as well as have the option to earn money by working part-time.

He adds that this concept helps people understand the importance of earning money and also get financially independent at a young age. They not only know how to use the same for survival, but can also take decisions on how they want to spend it, how much can they use for entertainment or recreation, and how much they need to save.

FarmPay was launched to introduce the concept of pocket money in India to help children realise the importance of earning and managing money – right from a young age. They provide a teen-focused mobile app to make their own online transactions.

Once a user signs in, they will be given a virtual card that can be used as a debit card across online platforms. Parents can decide on a budget and provide them with a fixed amount for their expenses.

“In India, there is no concept of pocket money or earning, and children rely on their parents for finances. Because they don’t experience financial independence early on, by the time they reach college, they don’t think beyond survival. We think that if I don’t have a job at hand, how am I going to earn? How am I going to survive?” he explains.

Earlier in July, the startup had raised $38 million in a Series A funding round, led by Elevation Capital and major participation from existing investor Sequoia Capital India. At present, it claims to have over two million registered users.

In this episode of 100X Entrepreneur Podcast, Sambhav Jain, Co-founder of FamPay talks about his entrepreneurial journey and starting up from college dorms to address financial literacy problems in India.

To know more, listen to the entire podcast here

02:02 – Graduating from IIT Roorkee and working in Product roles

09:14 – Problem statement of financial literacy among kids in India

28:14 – Building the product like a community rather than a transactional app

34:48 – Adoption of technology among teenagers

Facebook employees are mad the company won’t pay for their laundry!

Why Content is King, and Will Continue to Reign

WeWork CEO Sandeep Mathrani named Chairman of the board