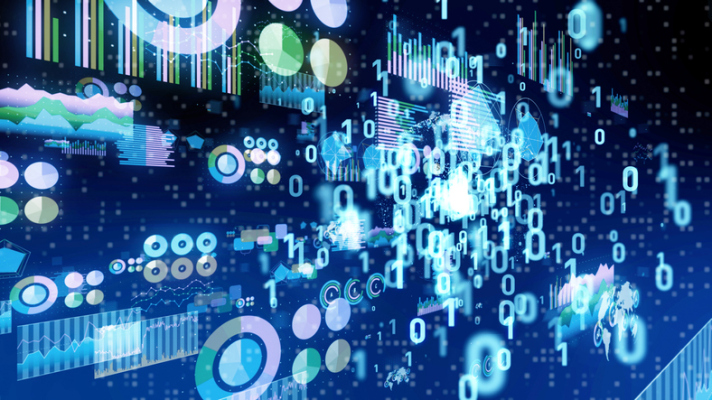 Low-code and no-code tools have been a huge hit with enterprises keen to give their operations more of a tech boost, but often lack the resources to handle more complex integrations. Today, one of the startups that has been building low-code finance tools is announcing funding to tap into that trend and expand its business.

Genesis — which has to date primarily worked with financial services companies, giving non-technical employees the tools to create ways to monitor and manage real-time risk, high-frequency trades and other activities — has picked up $45 million. It plans to use the funding to bring the tools it has already built to a wider set of verticals that have some of the same needs to manage risk, compliance and other factors as finance — healthcare and manufacturing are two examples — as well as to continue building more into the stack.

This Series B includes a mix of financial investors along with strategic backers that speak to who already integrates with Genesis’ tools on their own platforms.

Led by Accel, it also includes participation from new backers GV (formerly Google Ventures) and Salesforce Ventures, in addition to existing investors Citi, Illuminate Financial and Tribeca Venture Partners, who also invested in this round. To give you an idea of who it works with, Citi, ING, London Clearing House and XP Investments are some of Genesis’ customers.

Originally conceived in 2012 in Brazil by a pair of British co-founders — Stephen Murphy (CEO) and James Harrison (CTO), who cut their teeth in the world of investment banking — Genesis had raised less than $5 million before this round, mostly bootstrapping its business and leaning on Murphy and Harrison’s existing relationships in the world of finance to grow its customer base.

Today, Murphy lives in and leads the business from Miami — where he moved from New York just as the COVID-19 pandemic was starting to gain steam last year — while James Harrison (CTO) leads part of the team based out of the U.K.

As you might imagine with so little funding before now for a company going on nine years old, Genesis was doing fine financially before this Series B, so the plan is to use the funding specifically to grow faster than it could have on its own steam. The startup is not disclosing its valuation with this round.

“We were not really fixated on valuation,” said Murphy in an interview, who said the funding came about after a number of VCs had approached the startup. “The most important thing is the future opportunity and where we could take the company with additional funding… this will help us hyper scale up.” He did note that the term sheets contained “some amazing numbers and multiples,” given the current interest in no-code and low-code technology.

Indeed, the vogue for no-code and low-code tech — other well-funded names in the crowded space include startups like Zapier, Airtable, Rows, Gyana, Bryter, Ushur, Creatio and EasySend, as well as significant launches from Google and Microsoft and other bigger players — is coming out of two trends colliding.

On one side, we’ve well and truly entered an era in enterprise technology — with the same trend playing out in consumer tech, too — where smart developers are taking sophisticated and complex services and putting “wrappers” around them by way of APIs and simpler (low- or no-code) interfaces, so that those sophisticated tools can in turn be integrated and implemented in more places. This saves needing to build or integrate that complexity from scratch and expands access to the processes within those wrappers.

On the other side, the thirst for tech knowledge has become well and truly mainstream and as a result is getting far more democratized. Working in a variety of applications, using different digital tools and devices and seeing the fruits of tech pay off are all second nature to today’s working world — whether or not you are a technologist. So it’s no surprise to see more proactive, non-technical people looking for more ways to get their hands on these tools themselves.

“You now have a whole citizen developer world, for example business analysts who understand the solution you want but might not know how to get there,” Murphy said. “We play to seasoned developers first but the investment will help us put more low-code and no-code tools into place to widen the tools out to them.”

Starting out in finance made sense not just because that was where the two founders had previously worked, but also because of the history of how different software tools were already being used. Specifically, he noted that the ubiquity of microservices — which themselves are collections of services as apps — laid the groundwork for more low-code. “We saw that if we could build a low-code entry point to microservices, that would be powerful.”

On top of that, investment banks, he said, have a history of wanting to build things themselves to tailor to their specific needs. “Buying off the shelf means you are at the mercy of the vendor,” he said. These factors made financial services companies very receptive to what Genesis was offering.

While a lot of the no/low-code players are coming at the concept with specific verticals in mind — no surprise, since different verticals have very specific use cases and needs — what’s interesting with Genesis is how the company is leveraging what it already knows about finance, and then looking at other industries that have similar demands, structures and rules.

Murphy said that Genesis will stay “very focused on financial markets for 2021” but that it’s identified a number of other verticals similar to it, and is actually already seeing some inbound interest from them.

“A number of people have already approached us from the world of healthcare,” he said, pointing out that these organizations, like financial services, face challenges around how to audit data and regulations around performing transactions. Manufacturing, meanwhile, has some parallels around the area of complex event processing similar to equity algorithmic trading, he said. (In short, this relates to how external events might trigger more transactions, not unlike how external factors affect manufacturing operations.)

The trend is one that analysts forecast will only grow in the coming years: Gartner, for example, says that by 2024, low-code platforms will account for no less than 65% of all app development activity.

“Low-code promises business users the autonomy to make their own technology usage and purchase decisions while enabling them to actually build their own applications without having to rely on IT,” said Andrei Brasoveanu, a partner at Accel, said in a statement. “By bringing one of the most transformative innovations in software development to financial services, Steve and the Genesis team are taking on a huge market of legacy vendors — and winning too — while delivering on the promise of low-code. The confidence they’ve gained from serving such large institutions is proof that there’s a real and urgent need for a purpose-built low-code solution for financial markets. We’re excited to partner with Genesis and support them in delivering this across the world.” Brasoveanu is joining the startup’s board with this round.

Tier buys Spin, Waymo gets to charge for robotaxi, and Tesla needs a Tim Cook – TechCrunch

How DiagRight Is Building The ‘Uber’ For Indian eDiagnostics Market