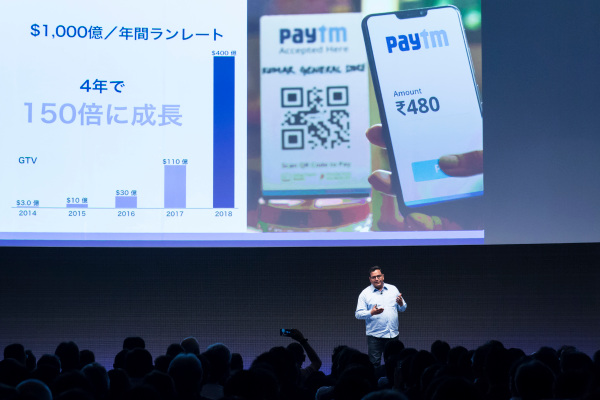 Paytm, India’s most valuable startup, said on Monday it processed 1.2 billion transactions in the month of February, illustrating the level of penetration it has made in one of the world’s fastest-growing payments markets where it competes with Google, Facebook, Amazon, and Flipkart-backed PhonePe.

Paytm said its users made 1.2 billion transactions last month across several payments modes including wallets, plastic cards, internet banking, and UPI. This is the largest volume of transactions reported by any payments firm in India and Paytm claimed that it has consolidated its leadership position.

Paytm’s figure shows how the SoftBank-backed startup has continued to grow despite not being a dominant player in the UPI ecosystem.

A payments railroad built by a coalition of retail banks and backed by the government, UPI has emerged as the most popular way users transact online in recent years though it does not offer any business model.

Last month, UPI services processed 2.29 billion transactions, the governing body NPCI said on Monday. PhonePe and Google Pay are the dominant UPI players in India, commanding over 85% of the person-to-person payments market. PhonePe processed about 970 million UPI transactions in February. (NPCI has said that it will enforce a market share cap on its member firms.)

Unlike Paytm, which leads among wallet players, and PhonePe, Google Pay and relatively new entrant WhatsApp solely operate on UPI.

Paytm has expanded to cater to merchants in recent years as several international firms launched their offerings to solve person-to-person payments in India. The startup claimed that its service dominates in offline merchant payments and is growing 15% month-on-month. The startup, led by Vijay Shekhar Sharma, said it serves over 17 million merchants. PhonePe told TC it serves over 17.5 million merchants.

Paytm said it has been “the main driving force behind building and expanding digital villages and now empowers over 6 lakh (600,000) villages in India with digital payments.” The startup said over 50% of its merchant partners have an account with Paytm Payments Bank — the startup’s digital bank — and it also commands the market with its digital wealth management service, Paytm Money.

At stake is India’s payments market that is estimated to be worth $1 trillion in the next three years, up from about $200 billion last year, according to Credit Suisse.

“We are humbled by the trust India has shown in us & made Paytm their preferred digital payments & financial service provider. We have consistently maintained industry-leading market share & growing at an impressive rate,” said Narendra Yadav, Vice President of Paytm, in a statement.

“We have been promoting all digital payment methods giving multiple-choices to consumers that have helped us in consolidating our leadership position. In fact, a large percentage of our users who started their digital journey with Paytm, have now adopted & embraced our financial services.”